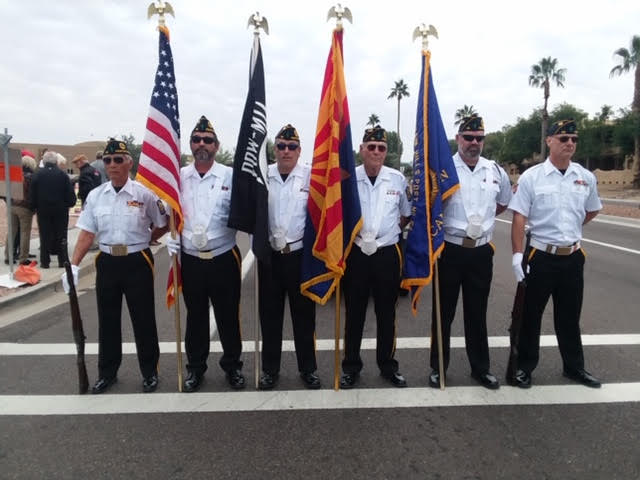 Attorney Tait D. Elkie participated in the Fountain Hills Chamber of Commerce’s annual Thanksgiving Day Parade, also known as Parada De Los Cerros or Parade of the Hills. As an award-winning American Legion Post 58 Color Guard Member, he along with the other Color Guard Members led the parade. The parade is the only one of its kind west of the Mississippi River, and has been an annual happening in Fountain Hills for many years. Because he led the parade he was able to enjoy the second half of the parade with his wife Michele and daughter Emilie. 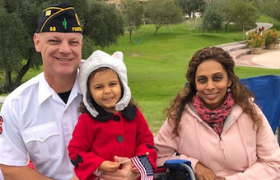